The Smartest of the Smarts – Ramarni Wilfred Asked to Join Mensa

The Smartest of the Smarts – Ramarni Wilfred Asked to Join Mensa

Ramarni Wilfred was surprised to know that he had scored 162 at an IQ test taken at Birbeck University. This leads his name to be added to the list of all the great beings, like Einstein and Bill Gates. Ramarni Wilfred has proved himself as the smartest of the smart with an IQ that is much higher than Einstein even. His outstanding IQ has placed him in the top 1% in the UK.

The Signs of Ramarni’s Brilliance Started to Appear

Wilfred’s mother Anthea was not surprised one bit by Ramarni’s scores. She says that she always believed that there was something extraordinary going on about Ramarni. By the age of 18-months, when most children are still trying to get better on their footing, Wilfred used to discuss news with his mother. At that time his favorite book was Encyclopedia. 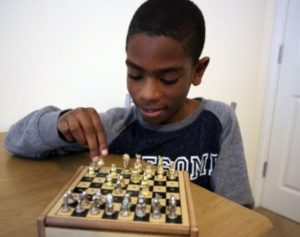 She recalled, “He was quite young when he started talking clearly and as soon as he started walking he would go looking for books.”

Two years ago Ramarni with his family, comprising of a mother and an older sister, moved to Romford. Ramarni had already mastered his reading, spelling, and writing skills by the time he started reception. His teachers considered moving him straight into Year 1. But Anthea protested saying that she wanted Ramarni to grow up with kids his age.

The Path Towards Success

Soon afterwards by the age of 10, the brainy boy was enrolled in the gifted and talented program at St. Anthony’s Primary school in Upton Avenue, Forest Gate. He was recruited by The Brilliant Club, a non-profit organization that selects brilliant students from non-selective state schools. Being tutored by a PhD lecturer, as part of the scheme, Ramarni wrote a paper on fairness which earned him a 2:1 and a mock Oxford graduation. 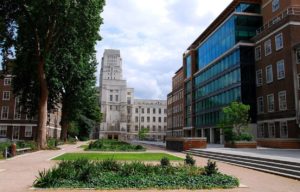 This is when Ramarni was invited to take an IQ test at Birbeck University. He was more than surprised to learn that he had scored 162, he exclaimed, “I was the youngest person there and some people looked in their 40’s!”

An IQ, intelligent quotient, is basically a score derived from one of the standardized tests that are designed to assess intelligence. The Mensa IQ test can be taken at UCL, Birbeck University, and various other places across the UK. However, there are no online Mensa tests that can guarantee your admission to Mensa.

The Smartest of the Smarts – Ramarni Wilfred

Professor Stephen Hawking, the celebrated cosmologist, had his IQ recorded of 160. The same was the IQ of the founder of Microsoft Corporation, Bill Gates. Even the German-born theoretical physicist, Albert Einstein, had an IQ of 160. Thomas Edison, the world-famous inventor of the telegraph and light bulb, had an IQ recorded of 145. But among them all, Ramarni Wilfred has scored 162 at his IQ test, therefore, proving himself as the smartest of the smarts. 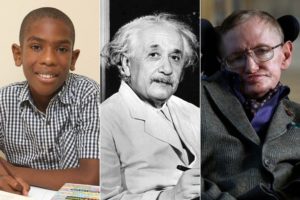 Having an IQ higher than the world’s greatest personalities, this prudent little boy said, “I can’t begin to compare myself to these great men whose hard work clearly proves that they are true geniuses.”

The growth and intellectual achievements of Ramarni Wilfred have led him to the opportunity to join Mensa. Mensa is the largest society comprising of the high IQ’s in the world. This society provides a forum for intellectual exchange among its members that are spread in more than 100 countries around the world.

In order to join Mensa, you need to attain a score within the upper 2% of the general population on an approved intelligence test, provided that it has been properly administered and supervised.

However, this young intellectual modestly said, “I don’t really see having a high IQ as a big deal but I do feel very privileged to be invited to join Mensa.” He further added, “This is a great opportunity that can open a lot of doors for me. But I also believe that having a high IQ isn’t that important unless you do something really special with it.”

John Stevenage, the chief executive of Mensa, said, “Ramarni’s score shows he has great potential and we are pleased to welcome him to Mensa.” Furthermore, he added, “Joining the Mensa community will allow Ramarni to network with other extraordinary people and give access to the 100 special interest groups which provide a great opportunity to learn new things.”

Ramarni – An Extraordinary Boy Contented With His Life

Even while being the smartest of the smarts, this humble boy still dreams like any other ordinary kid to study at Oxford and to become an astrophysicist. Ramarni said, “I love all things science and have always wanted to grow up to have a career in this field. I also love math and history. Now I want to combine all my favorite subjects and hopefully study physics at Oxford.” 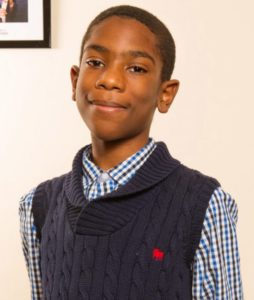 Chuckling at his own IQ score, Ramarni confidently said, “Who knows? Perhaps my ‘true genius’ moment will come when I grow up but for now, I am just proud of myself and happy that my mum and sister are proud of me too.”

Ramarni Wilfred, the smartest of the smarts, has now become the official member of Mensa after attaining an IQ score of 162. However, this young boy has not led his success go to his head. Ramarni is still just a happy kid of his age as none of it has really sunk in up to this point.

Like Ramarni Wilfred, I bet you have your own success story to share with us. Since no one can tell your story better than you can, so feel free to comment below and inspire the rest.