You are here:Home-VPN-Black Friday VPN Deals 2019 – Get upto 88% off by VPNs on this Black Friday

Are you all set to lay your hands on the most irresistible Black Friday VPN deals of 2019?

Black Friday is a massive shopping event celebrated every year, following US Thanksgiving, towards the end of November. It is one of the best times to take advantage of the most amazing sales on all sorts of products.

Black Friday is celebrated with no such exceptions across the Internet as well. Therefore, on this day you can get the best price for protection by subscribing to the Black Friday VPN deals 2019.

VPN is on its way to becoming a multi-billion dollar industry, which is why there are more VPN services than a decade ago. Similarly on Black Friday, you can see loads of VPN services offering incredible discounts and deals. But, then again, you can’t trust them all. 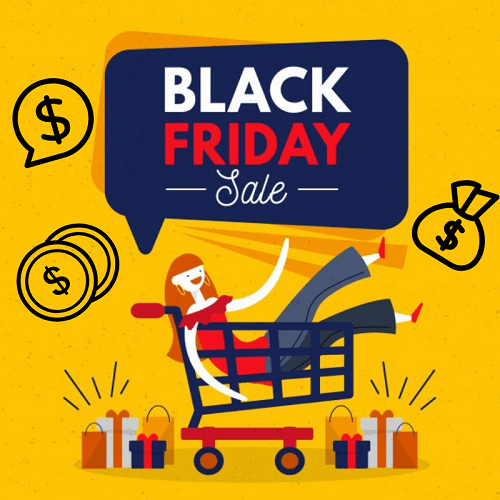 To ease your worries, we’ve scoured the internet and put together the list of top-rated and reliable VPN providers that are offering great discounts on this Black Friday 2019.

Although this VPN came late than other VPNs in this list, Surfshark VPN took the VPN industry by storm with its dynamic speeds and performance.

The VPN service offers a minimalistic and easy to use Windows VPN app, top streaming speeds, a good number of premium locations, and more. 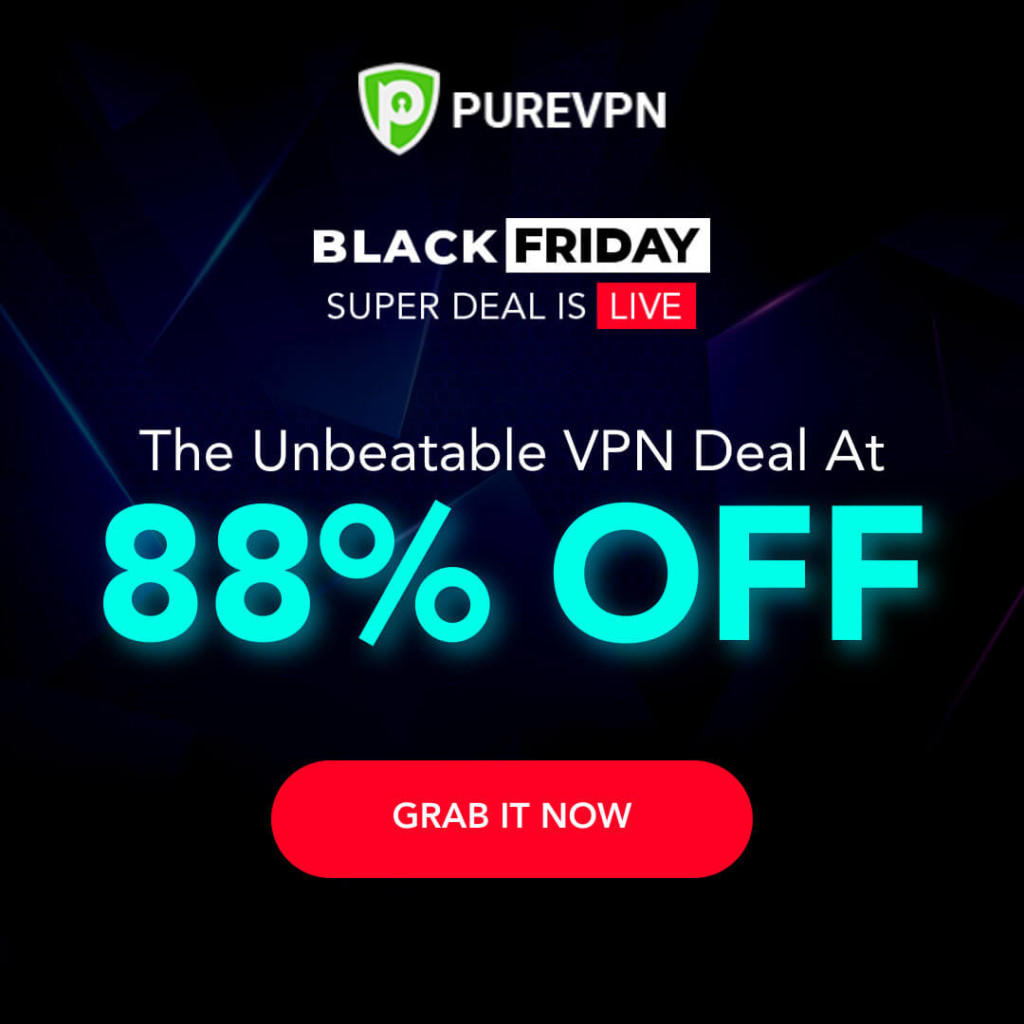 PureVPN is among the most preferable services you can easily get going with. It is based in Hong Kong and offers a strict zero-logging policy.

This year, PureVPN is determined to safeguard its customers with even cheaper rates than it already offers. PureVPN has announced an early access Black Friday deal. Here, you can get a five-year plan at a massive 88% discount.

NordVPN is one of the best VPN service providers in the industry. With its double-encryption feature, NordVPN ensures your privacy and anonymity over the web.

This VPN has a good number of servers spread across the globe. Further, it has a strict no-log policy. NordVPN is amongst the most widely used VPNs of the industry.

NordVPN has revealed its Black Friday VPN deal which is crushing all the best deals of the year. This VPN is offering a straight 70% off on a three-year subscription. It means that you will have to pay only $3.49 per month and also get 3 months free.

Private Internet Access – PIA, is a not so famous VPN service provider. However, it has marked its name in the top-notch VPN providers by its high degree of encryption and security features.

PIA VPN has a vast server network of more than 3200 servers spread around the globe. Its distinctive features include the Internet Kill Switch and DNS protection.

This user-friendly VPN is offering a 67% discount as part of its Black Friday VPN deal for 12-months. Therefore, you can avail the services of PIA VPN at the rate of $39.95 a year.

ExpressVPN is famous for its most reliable and advanced services. It provides military-grade encryption and thus ensures your anonymity on the web.

This amazing VPN has its servers spread across more than 90 countries. ExpressVPN is one of the fastest available VPN and is available on different platforms like Linux, Android, Mac, iPhone, and Windows.

The Black Friday VPN deal of ExpressVPN consists of a 35% discount on one-year plan right now. It may not seem huge but believe me, it is because normally their half-yearly plan costs around $9.99.

ExpressVPN is considered as a bit pricey VPN but it never compromises on its services. Paying only $8.32 per month by utilizing the 35% off is no doubt a worthy trade.

IPVanish has been awarded the T3 Best VPN award in 2018. This amazing VPN is among the big players in the VPN industry. IPVanish is compatible with almost all platforms.

Its servers are spread across more than 60 countries. Furthermore, IPVanish provides 256-bit AES encryption feature along with many other amazing features.

IPVanish is offering its Black Friday VPN deal with up to 73% discount on the yearly plan. This means that you will have to pay only $3.25 per month that is $39.00 per year.

CyberGhost VPN has strengthened its footholds in the VPN industry. Being Romanian-based, this VPN ensures strict zero-logging policy. CyberGhost VPN is a host of over 15-million users across the world.

CyberGhost is offering an amazing Black Friday VPN deal with a gigantic 79% off. Usually, their monthly and half-yearly plans cost for $12.99 and $7.99 respectively.

However, with their amazing Black Friday VPN deal, you will have to pay only $2.75 a month for a 3-year plan.

We have placed Vypr VPN on last spot for some reason. During the audit, we came to know that they have issues with their management team and we are not sure how they deal with their customer.

We believe VPN industry is quite sensitive and users’ data should be at top priority with some mature management and decisions. But unfortunately, Vypr VPN lacks on that part.

Over the years, it has made a good name and reputation in the industry, amassing not only millions of loyal users as well as highest customer ratings on various platforms.

Unlike other VPN services in the list, Vypr VPN has categorized its VPN plans by number of multi logins. The Vypr VPN plan offers only 3 simultaneous connections, while the VyprVPN premium offers 5 devices.

The VPN service offering the following Black Friday VPN deals in 2019 with 81% discount;

Since Black Friday comes just once a year, therefore, you will surely miss these amazing Black Friday VPN deals this time if you do not take their full advantage. The different deals going around will make you go gaga if you do not get your head straight in the game.